One of my self-portraits from the series ‘Woman is the pig of the world’ is on large display in Münich (Germany) at this very moment. Do you see the big red square saying ‘BAD/CENSORED’ on the right?  Yes, there it is. When you’ll have a closer look you might be able to view this self-portrait shining through the red.

The cultural department of the city of Munich has commissioned Der Greif to conceive a display for Kunstinsel am Lenbachplatz. The large format billboard in the city centre is conceived in relation with issue 12, and forms a unit with the print publication and the museum show. On display until November 2019. 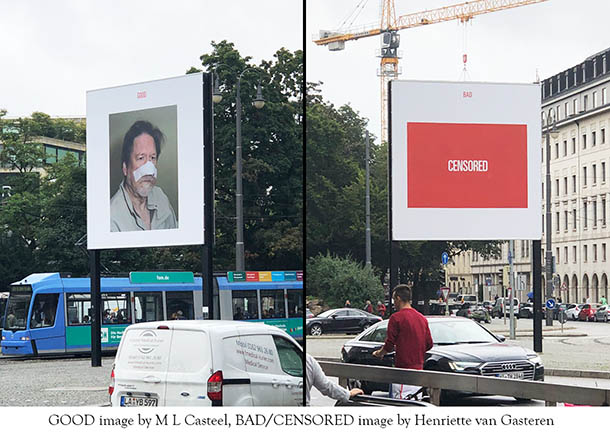 “Blame The Algorithm”
Where: Stadtmuseum Munich, Sankt-Jakobs-Platz 1, 80331 München
When: Thursday, September 12, 6pm onwards
The exhibition runs from September 13 until January 6