“For a long time, I hadn’t realized what the bath meant for me. In 2013, I bought a new cell phone. After six years, my old cell phone had simply given up. Finally I had a cell which could take reasonably high quality photographs. At the same moment, my life entered a difficult phase. I felt increasingly powerless, but because I barely had time to take photographs, I couldn’t express what I was feeling. It was like I was drowning, as if I was suffocating. Only in the bath tub could I find peace. In the bath tub, it was just me and my mobile phone. For nearly three years, I took photos and films of myself in the bath. At first, I filmed myself in black and white, and then suddenly in 2015 in color.

About ten years ago, I changed my name, and Henriëtte became Lilith. Intuitively, Lilith was my strong side—my ability to survive. Meanwhile, Henriëtte has grown and has become equally as strong. Now I’m both Lilith and Henriëtte. I’m Henriëtte—-a daughter, a mother, a lover, and Lilith—a photographer and writer.

Skinny Dipping records my second rebirth. My life has once again reappeared in color. But living in black and white can also be very beautiful and is sometimes unavoidable.” 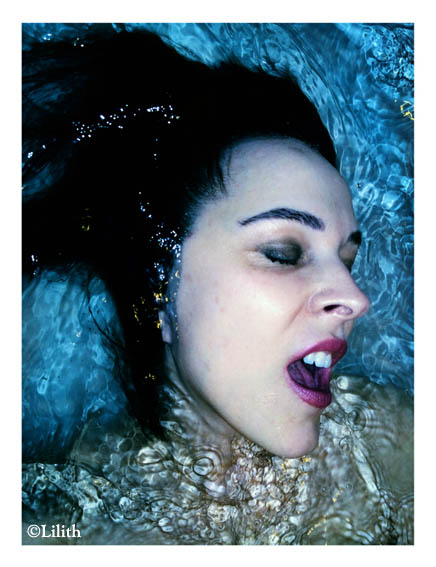